Think surf rock classics and a few songs come to mind. The Surfari’s Wipeout, Dick Dale’s Miserlou, Pipeline by the Chantays and of course Bombora, by Australia’s own, Atlantics. Virtually the only successful surf instrumental band not from America.

Echoing the Shadow’s Twangy Atmospheric Instrumental Sound, they were snapped up by CBS Records and became a household name with the release of their giant hit Bombora in 1963.

Now, 50 years later, The Atlantics are once again recapturing the sound that had propelled them to fame so many years before. 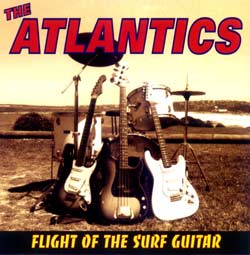